Home
News
What is the complimentary Bentonite application in different industries?

What is the complimentary Bentonite application in different industries?

In the mining field, bentonite is mainly used in metallurgy, casting, drilling and wastewater treatment, as an inorganic binder, thickener and rheology control agent for aqueous media systems. 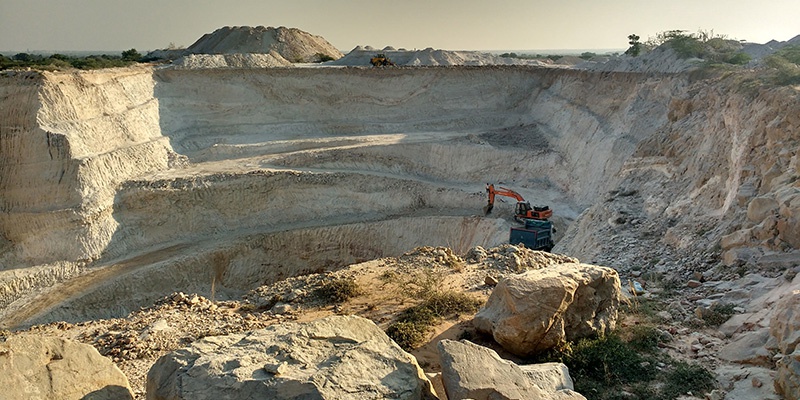 The foundry industry mainly uses the plasticity and cohesiveness of bentonite, which can be used as a binder for the production of mold materials and a suspending agent for alcohol-based coatings. Most of the bentonite used in the foundry industry is sodium-modified by calcium-based bentonite. Sodium ions replace the calcium ions between the bentonite layers to improve its wet compressive strength, hot and wet tensile strength and reusability, thereby improving the quality of casting products And reduce the amount of bentonite.

In foreign countries, in recent years, the bentonite consumed in the United States accounts for 13% of the foundry, and the European Union accounts for 24% of the total consumption. At the same time, modified bentonite has been used in foundry factories abroad as a binder. For example, ENVI binders have been used in Germany, the Netherlands and France.

In China, it is estimated that the current annual output and sales of bentonite products are about 2.7 million tons, of which about 10 million tons are used for foundry sand. And the domestic natural sodium-based bentonite resources are scarce, so most of them use artificial sodium bentonite as a binder in the foundry industry.

In addition, the domestic casting technology is not advanced, and the manufactured casting products are relatively low-grade, and there is a situation of low input and high output in the international market. Therefore, China should pay attention to these problems.

The petroleum drilling industry mainly uses the dispersibility, suspension, cohesion and thixotropy of bentonite. Drilling mud can clean the bottom of the well and carry cuttings, cool and lubricate the drill bit and drill string, and balance the formation pressure during the drilling process, which is very important in drilling operations.

In the petroleum drilling industry, the water absorption, slurryability and thixotropy of calcium-based bentonite basically cannot meet its requirements, so it must be modified. Sodium ions or organic substances replace the exchangeable cations or structured water between the bentonite layers for sodiumization or organic modification, or effective methods such as adding inorganic or organic synergists. The adsorption, suspension and thixotropy of the modified bentonite are obviously improved and meet the requirements. It has good portability and rheology in drilling fluid, can effectively prevent corrosion and lubricate drilling; at the same time, it also has considerable cutting-lifting and viscosity-increasing effects. It can be used as a preparation of cement-in-oil slurry and excellent anti-high temperature jam release agent raw material.

Iron ore pellets are a method of agglomerating fine powdered iron concentrates. Bentonite is used as a binder for pellets to improve the spheroidizing properties of iron ore and increase the green strength. However, the addition of bentonite also reduces the iron content of the pellets. Therefore, in the pellet production process, the amount of bentonite should be controlled as much as possible. Therefore, some of the bentonite in practical application is modified. Sodiumization and organic modification are used to enhance its water absorption, dispersibility and swellability, so as to reduce the amount of bentonite.

In foreign countries, bentonite has been widely used as a commonly used binder for pellets in recent years, and the average blending amount of bentonite has reached less than 1%. In the further study of the mechanism of bentonite in pellets, the theory of bentonite fiber structure proposed abroad was verified.

In the 21st century, my country’s metallurgical pellets have been supported by national industrial policies and have also developed rapidly. However, my country’s production technology is characterized by low iron content in pellets and excessive bentonite addition (1.5% to 3.5%). There is still a big gap with foreign technology (less than 1%). Therefore, domestic research and development of new low-cost binders should be made to improve the grade and quality of domestic pellets.

In the treatment of mine wastewater, it uses the adsorption performance and ion exchange capacity of bentonite, and has a large specific surface area, which can be combined with other materials to form a mineral composite material.

Whether at home or abroad, a large amount of mine wastewater will be generated during the utilization and mining of mineral resources. Its pH value is low, and it contains heavy metal ions such as Fe2+, Mn2+, Cu2+ and Zn2+. Among them, the most extensive and harmful ones are Acid mine wastewater (AMD). AMD directly discharged into the water body will cause water acidification, and its heavy metal ions will be continuously enriched through precipitation, adsorption and biological chains, which will seriously affect the natural environment. Nowadays, research on the treatment of mine wastewater is becoming more and more important, especially for acid mine wastewater. The adsorption method has the advantages of simple operation, wide application range, and low cost.

In terms of mine wastewater treatment, the current research technology at home and abroad is not much different. Only in the latest microbiological methods, domestic applications started late compared with foreign countries and are still in the research stage. Researchers at home and abroad are trying hard to find ways of governance, but the results achieved are relatively small.

In China, AMD’s annual emissions are 3.6 billion tons, accounting for about 10% of the country’s total industrial wastewater emissions, and the treatment rate is only 4.28%, so AMD’s pollution has become a prominent pollution problem. Therefore, domestic research on mine wastewater treatment should be strengthened to reduce pollution in this area or reduce the generation of mine wastewater from the source.

In addition to the above four main uses, bentonite has other applications in the mining industry. For example, in the case of metal tailings ponds, long-term storage tailings ponds are potentially dangerous due to the seepage of heavy metal ions. The bentonite waterproof blanket can be used as a liner in the metal tailings pond to reduce the penetration of metal ions and is effectively used. In addition, bentonite can also be used to bond coke powder to prepare coke powder briquette and soil restoration.