Home
News
What’s the differences among these three types of thickener?

What’s the differences among these three types of thickener?

In the mineral processing, it is necessary to carry on dewatering operation for those ore particles that precipitate from the slurry. This is inseparable from thickener. Here are a few types of thickeners used for ore dressing. 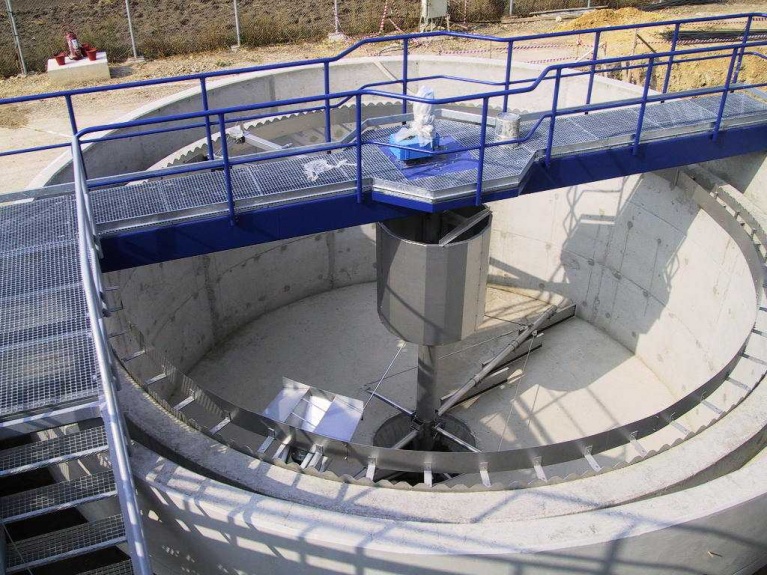 Central driving thickener can be divided into small and medium type. When the mine yard is not large but a certain subsidence area is required, adopting this type of thickener can reduce the occupied area, save energy consumption and decrease the cost of capital construction. In recent years, double-layer and three-layer washing thickener are widely used in many gold cyanidation plants. Like the structure and dewatering effect of these two types of thickener are the same as that of multi-layer central driving thickener, which was equipped with a set of wash box beside the thickener and a set of wash pipe inside the thickener.

This type of thickener is a new high-efficient thickening equipment. There is a rectangular box on the top, where connecting with a conical funnel. The slurry is fed to the space between two slabs across the width of the box, then passes through the gap between the upper tilted plate. During this process, the ore grains are precipitated between the plates, so the upper inclined plate is called the thickening plate. The solids, settle onto the plate surface, slide downward by its own weight, then fall down the gap between the lower plates. Finally, the sand setting is discharged from the bottom of the conical funnel, whose discharging quantity and concentration are regulated by a gate valve or nozzle with different diameters. The overflow is discharged by the upper overflow tank.

This type of thickener is often used in the process of dehydration, deslimation and concentrate thickening. The most obvious features are simple structure and good concentration effect. But its discharge mouth is easy to be blocked. So, it is not suitable for those operation that have high requirement for product concentration.