Home
News
What is the mechanical activation of coal gangue?

What is the mechanical activation of coal gangue?

The discharge of coal gangue is increasing year by year, causing more and more serious pollution to the environment, but it can not be used reasonably, especially because of its low activity and can not be used in the construction industry with large demand. Then, how to activate coal gangue? What are the gangue activation machines? Guikuang Machinery, the manufacturer of coal gangue grinding mill machine, will introduce the mechanical activation method of gangue. 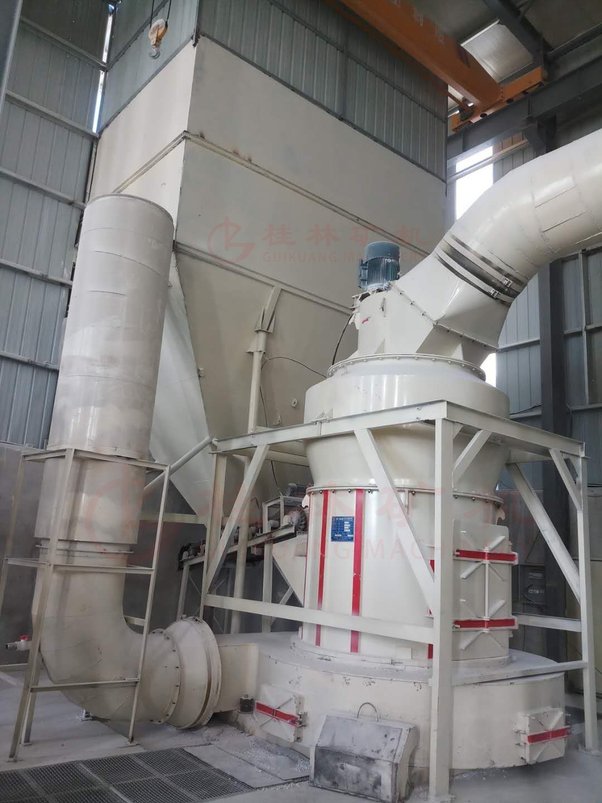 The coal gangue can be activated mainly because it contains Al and Si elements. However, it is difficult to activate because it contains carbon and has a stable structure. Therefore, as long as the carbon in coal gangue is removed and its stable structure is destroyed, the activation rate can be improved. The current activation methods include mechanical activation, thermal activation, chemical activation and their combination – composite activation. Among them, the mechanical activation method is widely favored by the cement building materials industry due to its low treatment cost, simple process flow and suitability for industrial production. The mechanical activation method of coal gangue is usually called physical activation, which refers to the activation method of improving the activity of materials by grinding them. Through mechanical grinding, the particles can be rapidly refined, the specific surface area of particles is increased, and the interface of hydration reaction is enlarged. Mechanical activation has a good effect on the treatment of coal gangue, fly ash and slag. By ultra-fine grinding of coal gangue, its particles become very small, which can not only fill the pores of the hardened structure and play a role in strengthening compactness, but also increase the specific surface area of coal gangue. At the same time, dislocation, point defects and structural defects appear on the particle surface. The amorphous degree of silicon oxide and aluminum oxide increases, and the free energy on the particle surface increases, thus improving its gelling activity. It can consume calcium hydroxide and gypsum very quickly, Promote the secondary reaction between the admixture and cement hydration products, increase the generated hydration products, and thus improve the strength.

1. Coal gangue Raymond mill: the discharging granularity of this machine is 80-400 meshes, and it is mainly applicable to various non flammable and explosive materials with Mohs hardness below 7 and humidity within 6%. Among them, GK1700 coal gangue Raymond mill produced by Guikuang Machinery has an output about 2.5 to 4 times higher than that of similar 5R equipment, effectively reducing energy consumption. GK2500 is currently the world’s super large coal gangue Raymond mill, which can meet the needs of expanding industrial scale production and greatly improve equipment efficiency.

2. Coal gangue vertical roller mill: the discharge particle size of this machine is adjustable between 80-600 meshes, focusing on the scale pulverizing fields such as slag, pulverized coal, cement, non-metallic ore, etc. It is an efficient energy-saving intelligent grinding equipment. GKLM series coal gangue vertical roller mill is a high-efficient and energy-saving advanced grinding equipment that Guikuang Machinery has studied and introduced foreign advanced technology, and developed through more than 20 years of dedicated research and development, integrating crushing, drying, grinding, grading and transportation. This product has solved the problems of low output, high energy consumption and high maintenance cost of ordinary industrial mills. The product performance has reached the international advanced level, and can replace expensive imported vertical roller mills to meet the needs of large-scale, intelligent and intensive industrial milling.

The coal gangue is calcined and then ground into fine powder to be used as cement admixture. When the dosage is large, the cement still shows good strength performance; Therefore, with high-quality cement clinker, various grades of cement can be produced. However, when the amount of activated coal gangue fine powder is high, it will have a certain degree of adverse impact on the rheological properties of cement paste, that is, with the increase of the amount of admixture and the water consumption of standard consistency, the fluidity of mortar decreases, but the setting time changes little, It is a feasible way to use coal gangue as cement admixture after activation treatment.